Only MRI Center in NY trusted by Canadians

to provide the most advanced MRI services.

Silent stroke can erode your memory

Without any warning, your mind could be at risk.

A stroke can be dramatic—and devastating. As part of the brain is starved of its blood supply, cells may die. If a large number of brain cells die, with them may go some of a person's ability to speak, move, and remember.

Yet there is also another type of stroke—one that is subtle and difficult to spot. Termed a "silent stroke," it creates areas of damage in the brain. These areas of dead brain cells are smaller than with a traditional stroke and they impact less-functional areas of the brain, but researchers are finding that they can still have a significant and lasting impact on memory. 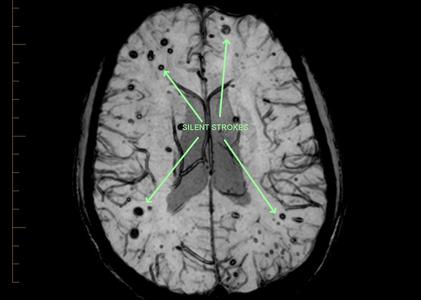 As seen on this MRI, a silent stroke involves small spots of damage to areas of the brain that are not directly associated with functions such as vision or speech. Yet researchers are finding these strokes can have an impact on memory. 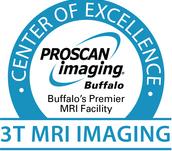 What is a silent stroke?
During a silent stroke, an interruption in blood flow destroys areas of cells in a part of the brain that is "silent," meaning that it doesn't control any vital functions. Although the damage will show up only on an MRI, it's too small to produce any obvious symptoms.

Silent strokes and your memory

In a study published in the January 3 issue of the journal Neurology, researchers looked at more than 650 people without a history of dementia. Using MRI scans, the study authors tracked interruptions in blood supply to the participants' brains. More than 170 of the participants were found to have small areas of dead tissue from a lack of blood supply (called infarcts) in the brain, even though only 66 of them reported having had symptoms of a stroke. People with these brain infarcts had difficulties with memory and mental processes (cognition). The memory issues occurred independent of any shrinkage of the hippocampus (the part of the brain responsible for memory)—which is typically seen with Alzheimer's and other forms of age-related memory loss.

Researchers say that over time, the damage from silent strokes can accumulate, leading to more and more memory problems. The more brain damage or injury that you have due to these silent strokes, the more difficult it is for the brain to function normally.